You are here:Home » China Guides » Cities and Hotspots in China » Shanghai – City on the Huangpu River » Shanghai – “Pearl of the Orient “

Anyone who stands in front of the world-famous skyline of Pudong can hardly imagine that Shanghai has been a dazzling and very dynamic city for a long time.  Admittedly, this skyline with its impressive skyscrapers was only built in the last twenty years, but the city –also called the ‘Paris of the East’ – has had its cosmopolitan flair for over a hundred years.

Early in the last century, numerous immigrants created the large waterfront district named ‘Bund’ across from Pudong by building splendid western-style trading houses, banks and hotels. These influences are still evident today – and the rare mix of  western and Chinese styles characterizes the lives of today’s over 18 million official inhabitants.  According to estimates, an additional two or three million unregistered workers live in the city.

Two factors assure that the city still works remarkably well (in contrast to many other cities around the world) despite the many residents and the resulting challenges  On the one hand, the government persistently pursues its dream of ‘Better City, Better Life’, a government program with many aspects. On the other hand, the direction of urban development was established already at the beginning of the twentieth century with three decisive steps. First, a bridge was built across the Suzhou River to better connect the southern and northern districts.

Second, Pudong – formerly bleak and dreary – was developed into a new city district. An underwater tunnel and a new bridge linked Pudong with the Huangpu riverside district of Puxi. With a speed unimaginable by Europeans standards, Pudong developed with modern facilities and a global orientation to become a leading financial center. Third,the entire Yangtze River delta is being integrated into the city. With a new Hangzhou bridge in the south and the Shanghai Jangtse bridge in the north, the city is now charting its course for the future challenges of the twenty-first century.

In this sense, Shanghai still sets the pace for China’s history. Already in the 1930s, Shanghai played an important role in furthering reform policies and the opening of China. From early on, couples strolled arm in arm on the large promenade – inconceivable for a country that imposed strict penalties just for public hand-holding. The impulses of the 1980s, when Shanghai’s industrial structure was reorganised, were also decisive for the whole country. Even if only 1 % of all Chinese live in Shanghai, and the city occupies only 0.06% of China’s total area, the importance of Shanghai for all of China today is indisputable. Shanghai alone contributes over 12% of state tax revenue. The importance of Shanghai for China and the world of finance is also reflected in other figures: today, there are over 690 local financial institutions, including over 170 with foreign participation. More than 220 multinational companies have their regional headquarters in Shanghai. The port of Shanghai, with an annual cargo turnover of more than 580 million tons, has been the largest port in the world for years. And in spending twice as much of its Gross National Product for research and development than do other urban areas, Shanghai remains a role model for other Chinese cities.

The city’s residents have played a significant role in this development. Back in the 1930s, many Europeans came to Shanghai.  At that time, China was the only country in the world that welcomed Jewish refugees with no visa requirement. This open attitude is still reflected today in the young middle class. They are proud of how the city is developing, and themselves make a major contribution to its further progress through their educational efforts, a high priority for many families,. Through the 2010 World Expo, new developments in the service industries have been set in motion. Also to be noted is a strong impetus in industrial advancements on an even higher level than previously enjoyed.

All these factors will allow Shanghai to grow over the next ten years  to become a even stronger global financial center. And despite all the upheavals and developments in Shanghai, the city retains its dream of ‘Better City, Better Life’.  Shanghai wants to avoid the mistakes of other large cities of the world. You will feel that this is possible when you stand along the ‘Bund’ in the evening and look at the skyline, especially the 468m high Oriental Pearl Tower.  The eleven balls in the tower symbolize a traditional verse of the poet Bay Juyi, which compares the sound of  the classical plucked instrument pipa to pearl drops falling on a jade plate. So history and modernity are not insurmountable contradictions – Shanghai is the best example of this.

"In the 1930s, Shanghai played an important role in furthering reform policies and the opening of China" 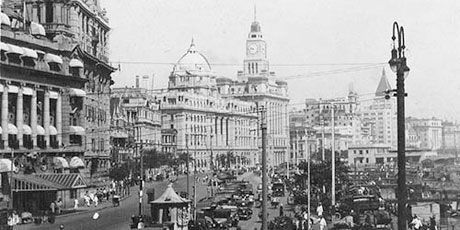 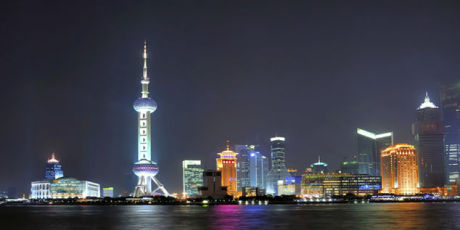